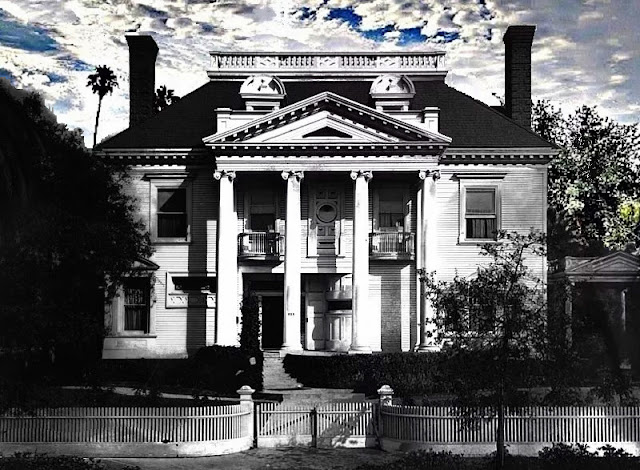 
In addition to its own particularly interesting history, the John Daggett Hooker house is significant is because it illustrates that West Adams, the district, once included more than just the area west of Figueroa. There were quite a few large houses on the long stretch of Adams east of Figueroa, even across Main Street, as well as north and south on Flower and Hope streets and Grand Avenue, not least, the famous estate-size Singleton/Longstreet spread and its famous Palm Drive adjacent to the house at the northeast corner of Hope and West Adams Street—as the boulevard was originally designated—that Hooker moved into by 1891.

J. D. Hooker was a big if apparently cranky and spiteful Los Angeles muckety-muck, a hardware and ironworks mogul and an oil investor as well as a benefactor, up to a point, of Mount Wilson Observatory, founded by George Ellery Hale. Apparently, after Hale managed to worm his way into Hooker's pocketbook he sidled into the heart of Hooker's wife. Less cynical folk maintain that the relationship was strictly platonic, but whatever the friendship was between Hale and Mrs. H., her husband, feeling cuckholded, stood it as long as he could before blowing a gasket and banning not only Hale but all people of the male persuasion from 325 West Adams unless he was present himself. Hooker also cut his contribution to the advancement of astronomy, though not so much that the Mount Wilson facility didn't still name its 100-inch telescope after him.

Hooker died of peritonitis at 325 on May 24, 1911. Mrs. Hooker left the house a few years later; by 1917, it had become a girls' school. The neighborhood began to decline precipitously by the 1930s, but it wasn't until after a demolition permit for it was issued on July 17, 1964, that it would meet its ultimate fate.

Naturalist John Muir also figures into the illustrious history of 325, which told in detail by the West Adams Heritage Association here and here. 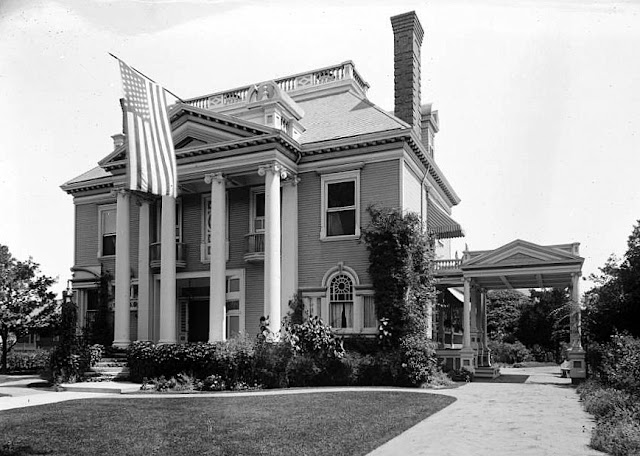