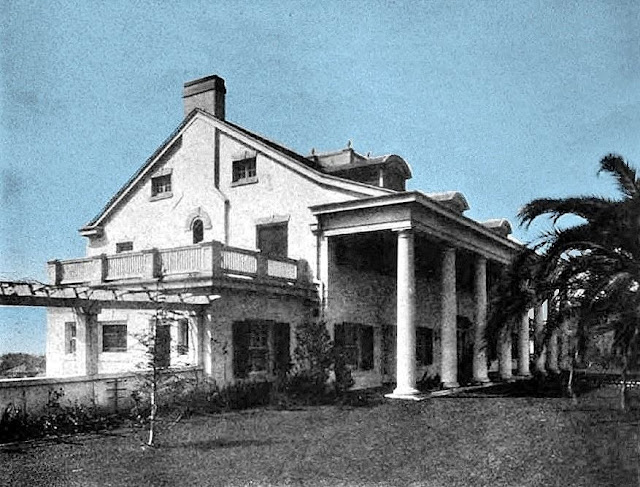 In 1910, when banker and Redondo Beach developer Harry Ainsworth built his house at 2190 West Adams Boulevard (Adams "Street," as it was then), affluent Angelenos were taking a gamble on where they chose to build a lasting domestic legacy. While the established Adams District, still leafy and grand, continued to spread west from Figueroa Street—gated Berkeley Square at Western Avenue had opened a few years before—so too was Wilshire Boulevard developing residentially as far out as the city's "West End," where Fremont Place and Windsor Square were about to open. Even farther west, Beverly Hills was aborning, with Pasadena having long been a refuge. By 1917, Ainsworth was gone from his house; later occupied by a private school and then an organization called Science for Self Unfoldment, it was demolished in 1965.

The Ainsworth house as seen, newly built, in the
Los Angeles Times on April 23, 1911, above, and circa
1940. The house was designed by Lovell B. Pemberton,
a Redondo Beach associate of Harry Ainsworth. 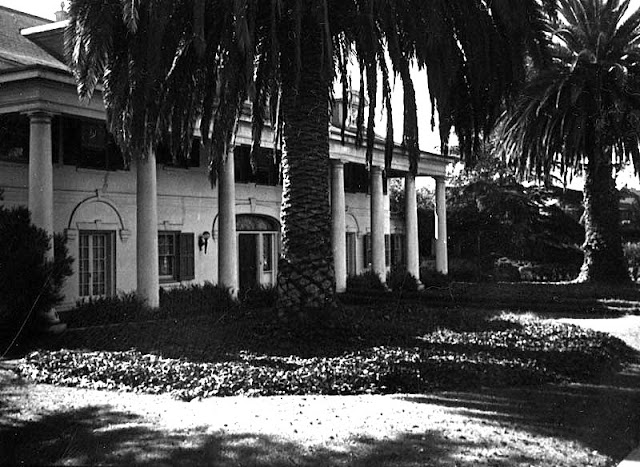 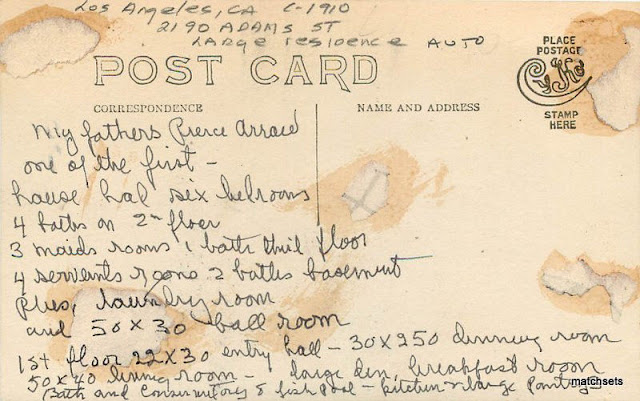