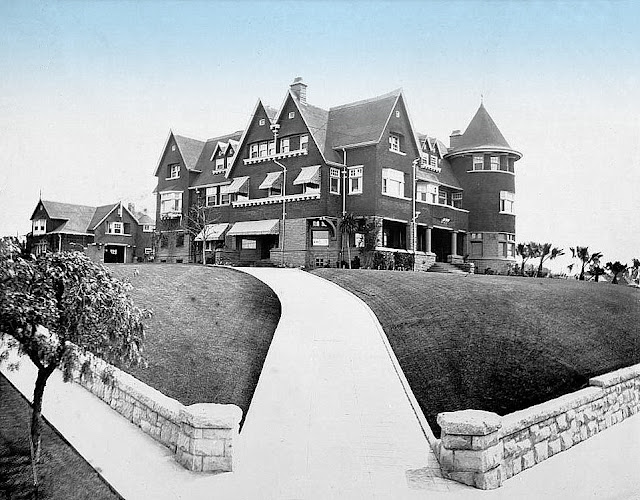 
Isaac Newton Van Nuys left his name to Los Angeles in the form of a hotel and a San Fernando Valley district, among other things. While the Valley is now considered suburban, so too in 1899 was the area between downtown Los Angeles and MacArthur Park, where Van Nuys built his house at 1445 West Sixth Street to the design of Frederick L. Roehrig. With suburbs multiplying at a dizzying rate, Angelenos were always looking to move—and it was not all that uncommon for them to take their houses with them. After I. N. died in 1912, J. B. Van Nuys took over his father's house, in 1916 moving it off its hillock in pieces to a new (and flatter) lot in Windsor Square three miles west. There it was reassembled—and remains—at 357 Lorraine Boulevard, at the northwest corner of West Fourth Street. More of the story and current views are here.