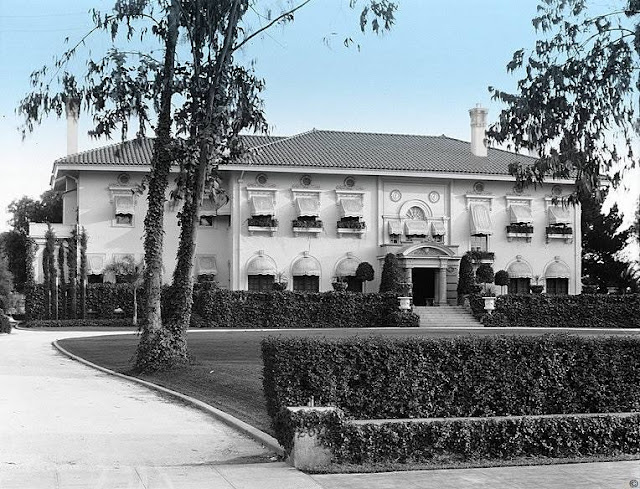 
In a 1998 paean to businessman Daniel Murphy, the Los Angeles Times called him "the city's richest and most powerful man," adding unironically that it is to him that we owe the creation of Needles, Colton and El Segundo. "Even today," the Times continued, "although few recognize his name, the foundation he established remains the largest single benefactor of the Los Angeles Roman Catholic Archdiocese...." And of course for a figure so important as to rate being named by the pope a "Commander of the Equestrian Order of the Holy Sepulcher"—whatever that could be—there was no scrimping when it came to his own comfort. The first building permits for 2076 West Adams Street were issued in the fall of 1908; designed by Hudson & Munsell, Murphy's modern and distinctive palace was ready by early 1910. Perhaps one of the prettiest houses ever built in Los Angeles, it has sadly gone to its reward.