we first noticed the wonderful Casa de Cadillac, on Ventura Boulevard at the north end of Beverly Glen, in the music video of Tom Petty's Valley anthem, "Free Fallin'." Designed by architects Randall Duell and Philip Conklin, whose office was not far east on Ventura, ground was broken in October 1948, the complex remaining largely as it was opened as a branch of Don Lee Cadillac the following May. Its Southland Spanish nomenclature came in 1950, with its cornice-top script derived from the chrome lettering on the front fenders of Coupe de Villes. It is nothing short of amazing that the building—which, nearing three-quarters of a century old, is probably about the median age of Cadillac buyers—has survived the heinous General Motors automotive styling and engineering of the 1980s, the distinct lack of cool of the brand, and the near collapse of GM to be selling its original marque all these years later. The owners seem to understand good design and its value as advertising at a major intersection just over the mountain from Bel-Air and Beverly Hills. It is remarkable that they were not even inclined to remove the original script sign or replace it with Cadillac's later, more curlicue design. It is doubly remarkable that they have been able to resist change in the age of factory-dictated dealership conformity; the Casa must sell a lot of Cadillacs. Even General Motors would respect that. 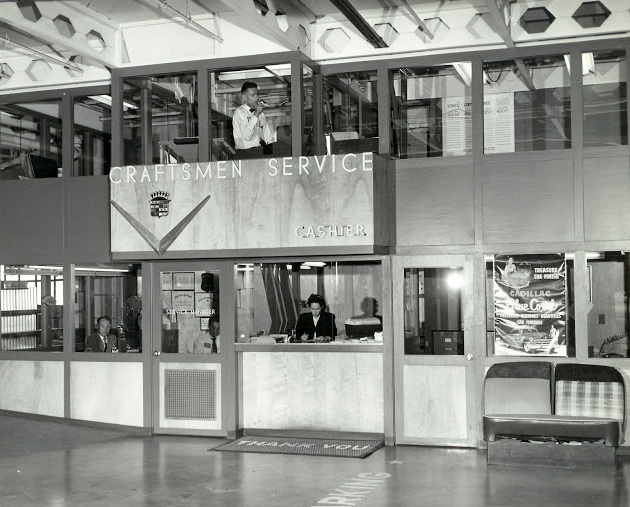 In addition to their preservation prescience, the hombres of the Casa de Cadillac were intelligent enough to create a brand. The Casa de Petrol stood just east of the showroom; just a little farther down Ventura was their Casa de Cascade car wash—a dirty DeVille would never do. A Whole Foods Market stands on their sites today. 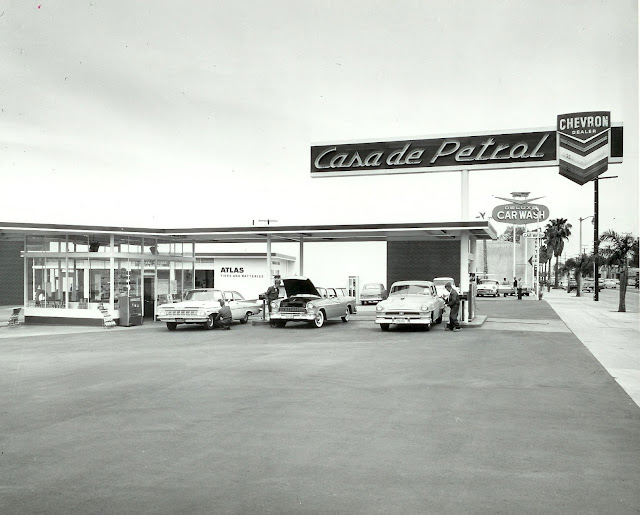 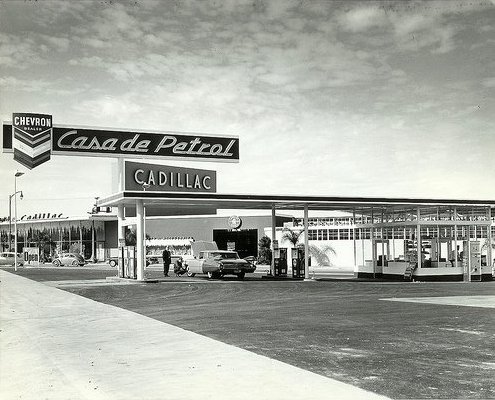 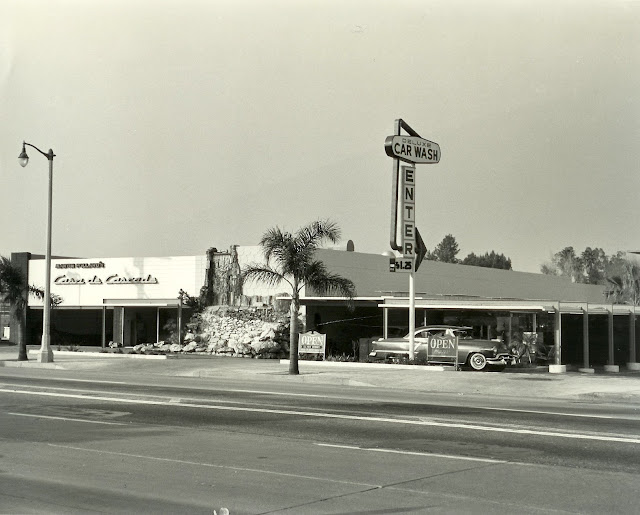