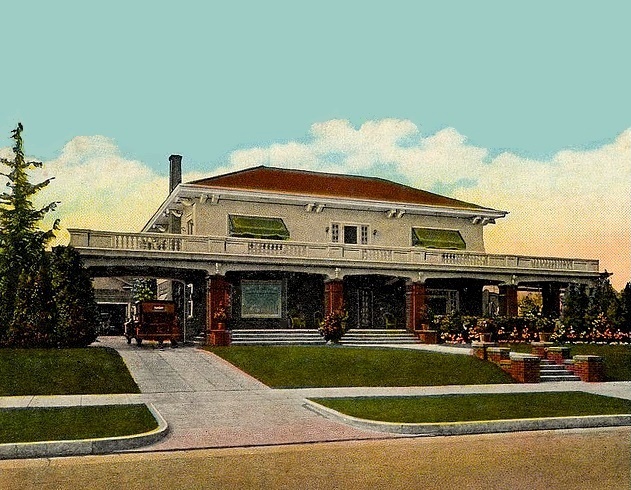 
Before Douglas Fairbanks Sr. bought Lee Allen Phillips's country house and established with Mary Pickford what became known as Pickfair in its upland precincts, Beverly Hills was just one of many suburban residential possibilities for top-rank denizens the film industry. In 1919, the year Fairbanks bought his property, two other stars of stage and screen, Bessie Barriscale and her husband, Howard Hickman—he would in time play Ashley Wilkes's father in Gone with the Wind—made the decision to build a house in the fashionable Wilshire Boulevard–adjacent Pellissier Square neighborhood. Appearing to be a basic box of a house made distinctive by a three-quarters-width front porch, 673 South Oxford Avenue was completed in 1920. The Department of Buildings had issued a permit for its foundation on October 10, 1919, with permits for the house itself and a garage on November 10. Hickman was a jack-of-all trades, it seems; the permits listed him not only as the owner, but as the architect and contractor as well. 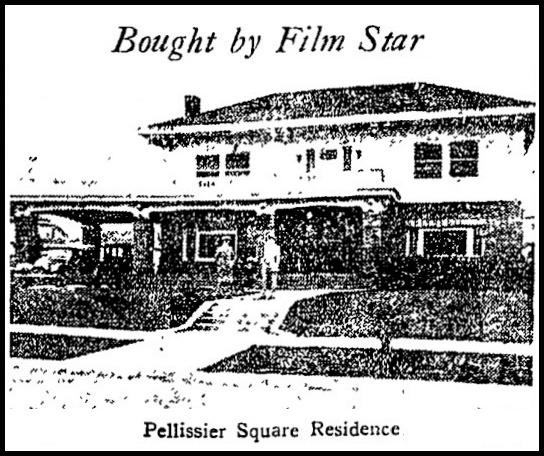 The Hickmans' stay was brief; on February 12, 1922, the Los Angeles Times reported that they had sold 673 to seven-year-old superstar Jackie Coogan, or at least to his parents, who were to so famously exploit him for his fabulous earnings (you will want to look up the so-called "Coogan Law"). Later in 1922, the Coogans altered the garage to accommodate the lengthy Rolls-Royces they bought (as they had the house) with their son's money; in the fall of 1923, the front porch was extended northward across the full width of the house, and beyond to match the porte cochère at the south side. A servants' wing was added to the rear in 1925, designed by Krempel & Erkes; two years later, the Coogans commissioned Morgan, Walls & Clements to add an upstairs room at the northwest corner of the building. The front lawn also saw its share of activity. In a cinematic shootout there on the morning of August 10, 1926, a disgruntled former family chauffeur put three bullets into a security guard employed by the family. The watchman survived; the chauffeur was found two days later, a suicide at the Coogan ranch in San Diego County. More fireworks occured in 1928 when the notably unprincipled Mrs. Coogan was sued for alienation of affections by the wife of Arthur L. Bernstein, business manager of Jackie's production company. The lovers and co-looters of Jackie's earnings were later married, providing Jackie with yet another winner of a parent. 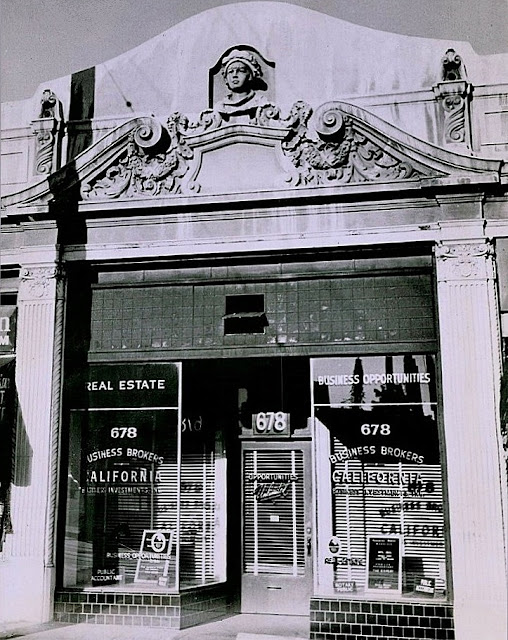 Although the Coogans (Mr. and Mrs. somehow still married) were cited in the Times as still living at 673 South Oxford when the actor's father was killed in an automobile accident in San Diego County in May 1935—Jackie was a passenger, but survived—the house appears to have been rented out in the early '30s, the family having decamped to Hancock Park. Later in 1935, on December 23, a demolition permit for 673 was issued by the city. It wasn't just the Coogan family's transition that was behind the razing. The northwest corner of the Pellissier Square tract had been going commercial, anchored by the 150-foot tower of the Pellissier Building at the southeast corner of Wilshire Boulevard and Western Avenue, completed in 1931 and housing the Wiltern Theatre (originally called Warner Brothers’ Western Theatre). Such a short lifespan for a substantial house—in this case just 16 years—was not unusual for one built in the Wilshire Corridor. Property along and close to the boulevard, conceived as a residential thoroughfare and at its height in that vein home to many big-wigs of Los Angeles, would prove too busy for restful domesticity. Beverly Hills, among other enclaves, would be the refuge of the big-wigs, both in "The Industry" and out.