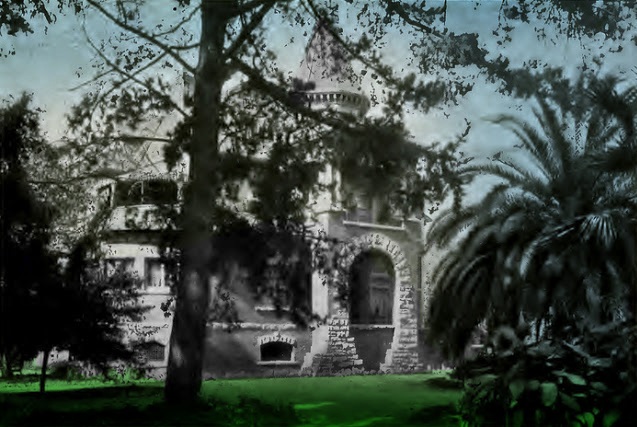 While the 130 acres south of downtown bought by Arvin Harrington Brown not long after his arrival in Los Angeles in 1878 was often described in terms of a vast country estate, most of the property was in fact soon divided by Brown himself into lots that were sold off at the handsome profits available in the boom years of the '80s. His West Park subdivisions, which lay to the west and southwest of Agricultural (now Exposition) Park between Vermont and Normandie avenues, helped to extend definitively the reaches of Los Angeles's own Manifest Destiny toward the Pacific, away from the old pueblo close to the river.


Brown reserved four acres of the West Park tract as his private domain; it was in 1886 that he replaced his first residence on the site with a Victorian extravaganza by architect John Hall, who designed the Crocker house atop Bunker Hill the same year. One wishes Harrington's pile, intriguing in the few views of it to be found, had been photographed more extensively and in better detail. At any rate, Brown, a native of Washington, D.C., was yet another of the hundreds of prominent early capitalists who had the drive to exploit successfully the seemingly limitless charm of Southern California. In addition to his real estate saavy, Brown, trained as a lawyer, also dealt in viticulture, oil, and the asphalt that would eventually cover the city—and the site of his own house. Domestically, he and his wife, née Mary Toland ("Minnie") Glassell, a cousin of the generals Patton, reared a large family in their architectural pastiche of a palace. There were two sons and three daughters; while the boys grew up to marry, the sisters had different fates. In 1906, Eleanor died after she was thrown from her carriage when the horse pulling it was startled by a streetcar; Adelaide, who was riding with her sister, recovered from her injuries. None of the girls married; Lucie remained in her father's house until her death in 1946; Adelaide stayed on alone until the demise of 3985 South Vermont Avenue in 1958. A demolition permit for it was issued by the Department of Building and Safety on March 31 of that year. 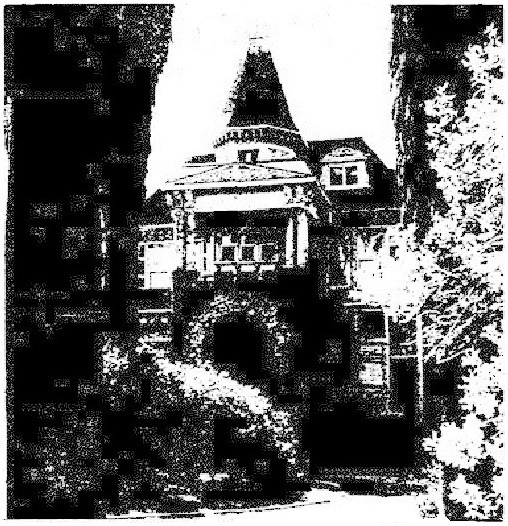 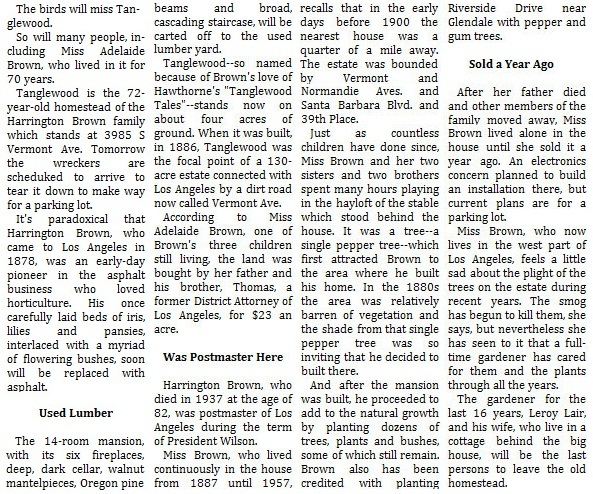