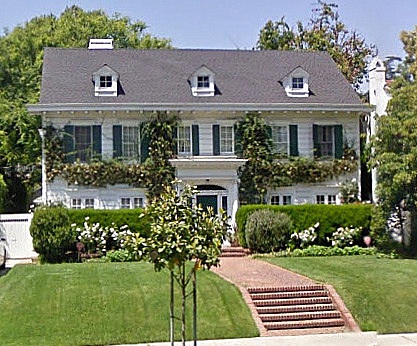 A recent minor adventure of ours involved tracking down an attractive classic 100-year-old Colonial house used in a particularly silly if memorable 1938 episode of The Three Stooges comedies, with exteriors clearly shot on location rather than on a back lot. The street number above the door is plainly in evidence. It was a given that "111 Something Street" was in metropolitan Los Angeles, despite the fact that it might have been situated in almost any American town except possibly Santa Fe, national familiarity often being the intention of filmmakers of the day. There were, however, glimpses of palm trees; given the streetlamps visible (slender columns with smallish single round globes), our first thought was Pasadena, where vintage posts with such globes persist. Then a little more photographic research turned up early shots of a neighborhood within the city of Los Angeles itself: the eastern fringe of Windsor Square, where it turns out that the old lampposts still lining Norton Avenue once had round globes rather than those of the ubiquitous urn shape—practically an L.A. trademark—atop them today. Knowing the north-south streets of Windsor Square fairly well, it didn't take much effort to track down what turned out to be 111 South Norton, a 1915 house that, despite referencing the New England of a century before, was something modern and fresh in the city after the recent overdone trends of Craftsman and Tudor. In due course the entire Stooges episode in question, called "Mutts to You," turned up on Youtube—in it, the boys, who own a dog-washing parlor designed by Rube Goldberg, find an unattended baby in front of the house. It turned out that we needn't have searched by car at all; the baby's mother, the typical Stooges society matron, is clearly heard ordering a cab driver to take her home to "111 South Norton." (Veteran comedian Charley Chase produced and directed "Mutts to You"; more on Chase and his association with Hal Roach is here.) 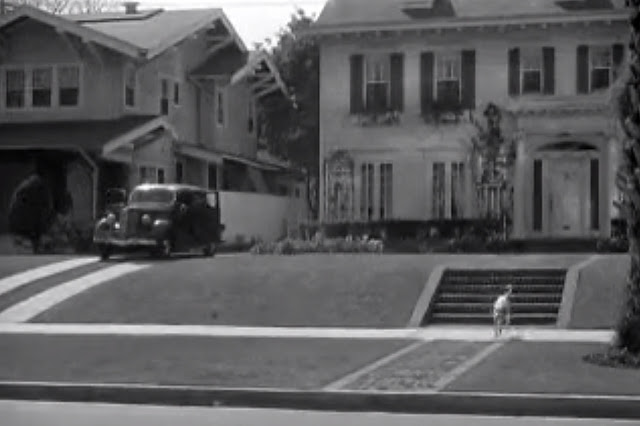 One presumes that it was not a coincidence that New Jersey–born downtown clothier Isaiah Friedman Norton bought Lot 2 of the Tract 704 subdivision and then built his house on Norton Avenue after the Department of Buildings issued its permit on May 24, 1915. The tangle of various Los Angeles Nortons makes their precise relationships to one another difficult to sort out; it seems that Isaiah was the nephew of Isaac Norton, another downtown dry-goods merchant and real estate developer for whom, as it happens, Norton Avenue was named. (Isaac had settled in Los Angeles by 1870, joining other family members who'd arrived soon after the admission of California to the union; his cousin Simon Friedman Norton's family had arrived from Newark within weeks of the birth of youngest son Isaiah—111's owner—in March 1880.) The Norton Avenue house was an all-around family affair: Listed as architects on the original building permit issued to Isaiah were Samuel Tilden Norton—Isaac's son—and his then partner Frederick H. Wallis, rising as local designers. Cited as the contractor on the permit was Aaron F. Norton, youngest of Isaiah's three brothers, who, incidentally, built his own home in 1919 exactly six blocks east of 111 South Norton at 111 South Manhattan (a house moved to 379 North Ridgewood Place 10 years later).

Another local dry-goods retailer, Henry Klein, later of 125 Fremont Place, entered the picture as Simon Friedman Norton's son-in-law in 1896; by 1903, there was another family merger when the Klein-Norton & Company was formed, a firm that was to become one of the oldest and largest wholesalers of menswear in the country and survive more than 80 more years. Isaiah had become the treasurer of Klein-Norton by 1915 when he built his modern Colonial at 111 South Norton. His decision to build a house with a sunny white facade was almost daring and could very well have been chosen deliberately by him to provide relief from the Craftsman and gabled English styles, notably gloomier inside and out. After the First World War, porch-free Colonials with brighter interiors would proliferate throughout the city for at least the next two decades. 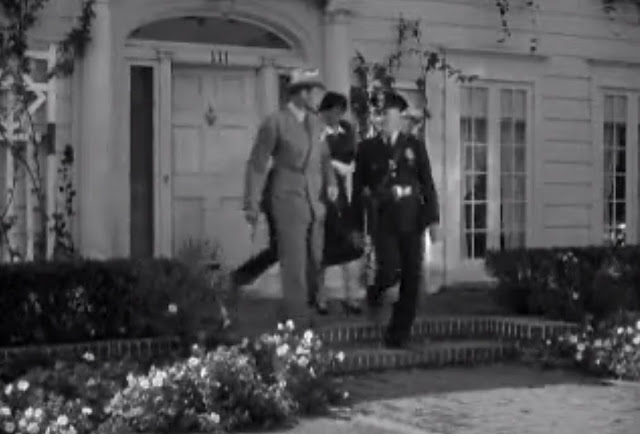 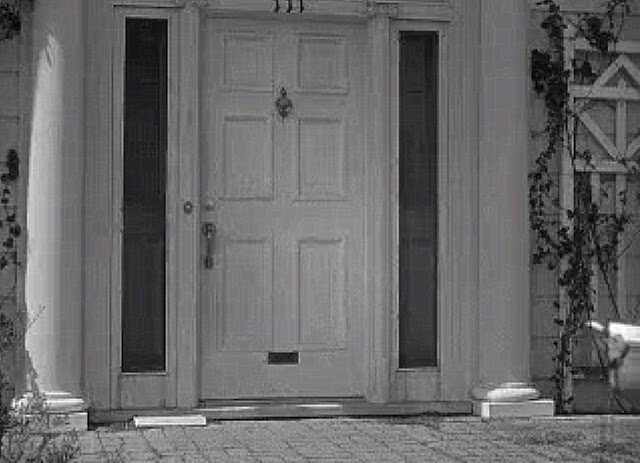 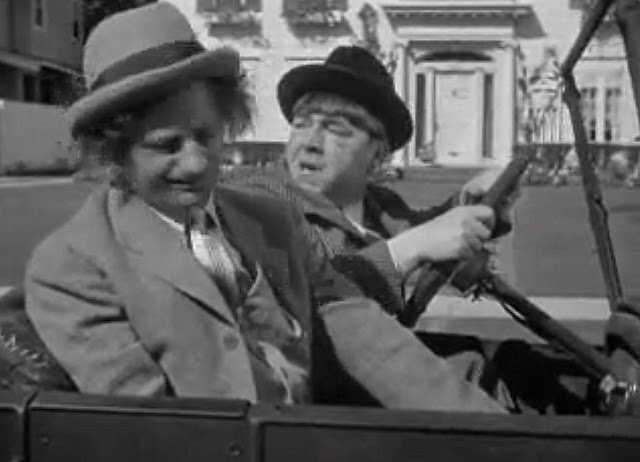