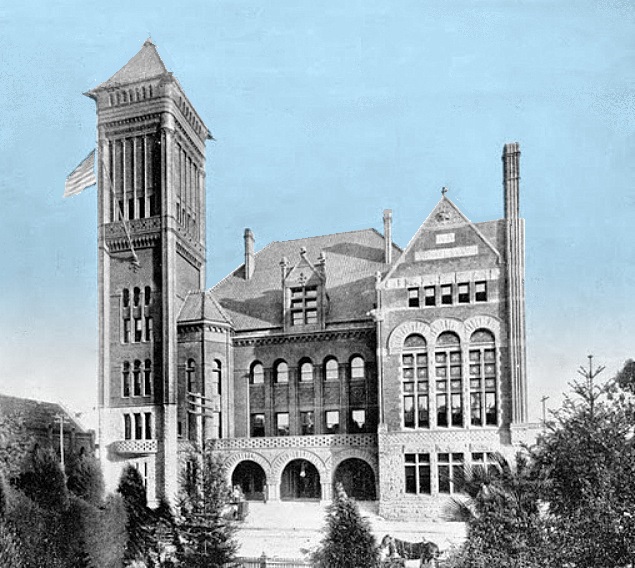 The Secret Lives of Bricks

We never knew that bricks and Arizona sandstone from the old City Hall, built on Broadway in 1888 and demolished after the current Hall was completed in 1928, were then recycled to erect other buildings still standing today, miles away from where the material sat for 40 years. A building for the Heinsbergen Decorating Company designed by architect Claud Beelman went up that same year at 7415 Beverly Boulevard. The owner, muralist Anthony Heinsbergen, had done work on the current City Hall and is said to have taken some of the old bricks as partial payment. Another bidder was banker Emery Roscoe Yundt, who would haul tons of old Arizona sandstone to a lot in the Chevy Chase section of Glendale eight miles to the northeast to build the house standing today at 2965 St. Gregory Road.

On January 20, 1889, just as City Hall was being completed, the Herald reported that the building committee of the city council had been concerned for some time that the building's tower was rising dangerously high; on February 5, the paper reported that cracks had been found at various locations, defects explained by the architects, Eugene Caukin and Solomon Haas, if somewhat unconvincingly, as being part of the normal settling of materials. There appears to have been serious discussion as to decapitating the tower of the brand new building immediately, though it wouldn't be until after the San Jacinto earthquake of April 21, 1918, when tiles were shaken to the ground, that action was taken, with work completed in early 1919. 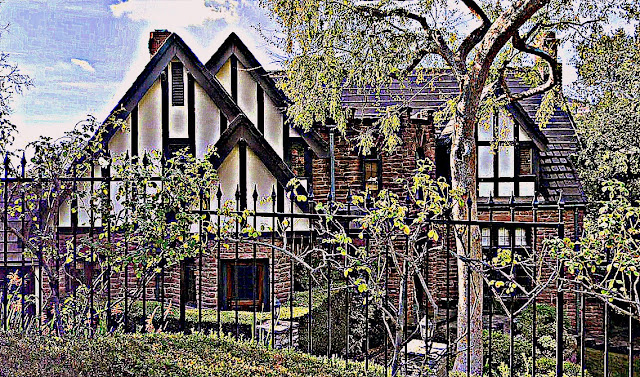